Recently we've been reading the Junot Diaz novel, The Brief Wondrous Life of Oscar Wao, a novel that is profoundly concerned with storytelling and history. In describing the absences in both family and national history, Diaz uses the phrase "paginas en blanco" which he describes as a "blank page...to be filled in with the truth" (90).

This year we, too, have been thinking about the relationship between national history and family history. So, we borrowed the model from the Post Secret project and invited the students in our class to each offer up a single pagina en blanco from their own families. We wanted to explore the secrets that remained hidden or the truths that were never talked about openly within family history in a project we call "Paginas en Blanco de Mi Familia". The rules were simple: a single sentence of text and evidence of thought in the graphic presentation of the "secret." Please check out the finished compilation below.

The title of this post is intentionally ironic. Everyone knows that we are away from school today because Dr. Martin Luther King, Jr. is commemorated by name with a national holiday. And just about everyone alive is familiar with King's "I Have A Dream" speech. However, as we wrap up the semester, we invite you to think about what you have previously learned about Dr. King when you were a younger student, in light of this particular speech. The subject of the talk was the Vietnam War, in an excerpt from a sermon given at Ebenezer Baptist Church, on April 30, 1967. During that very perilous time, consider the public response to his words back then:

...after giving the speech...King was dropped from Gallup’s annual list of the most admired Americans and was ridiculed by the New York Times, among too many others. Soon after, he was murdered (Robert Scheer, Truthdig.com).


Although it is over 20 minutes long, you are encouraged to listen to as much of it as you can (it's audio only). We know what amazing multitaskers you are. Press PLAY and have it on in the background as you message your friends and surf the net ;) Ask yourself the following questions:

A full text version of this speech is available HERE.
As we contemplate consuming copious amounts of turkey, cranberries, and mashed potatoes, it may be instructive to consider what we really know about the origins of our Thanksgiving holiday celebration.

According to historian James Loewen's Lies My Teacher Told Me, the Pilgrims did not start the Thanksgiving tradition; instead, east coast Indians had celebrated autumnal harvests for hundreds of years. In fact, our modern celebration only dates back to President Lincoln's 1863 proclamation of a national Thanksgiving holiday (during the perilous times of the Civil War), when the Union badly needed a boost of patriotism. The Pilgrims of New England were not even incorporated into the tradition for another 30 years.

There are literally only two brief primary sources that deal with what happened in the Fall of 1621 in Plymouth, Massachusetts. The most familiar might be Edward Winslow's Mourt's Relation (modernized spelling below) in which he stated:

our harvest being gotten in, our governor sent four men on fowling, that so we might after a special manner rejoice together, after we had gathered the fruits of our labors; they four in one day killed as much fowl, as with a little help beside, served the Company almost a week, at which time amongst other Recreations, we exercised our Arms, many of the Indians coming amongst us, and amongst the rest their greatest king Massasoit, with some ninety men, whom for three days we entertained and feasted, and they went out and killed five Deer, which they brought to the Plantation and bestowed on our Governor, and upon the Captain and others. And although it be not always so plentiful, as it was at this time with us, yet by the goodness of God, we are so far from want, that we often wish you partakers of our plenty.

What from the traditional holiday celebration is mentioned and what is left out?

Importantly, the above-mentioned quote lacks historical context. Think about it: why exactly were the Indians so willing to sit down with these "invaders"? Toward answering that question, some historians have argued that our yearly celebrations whitewash the permanent colonization of America that might have been impossible without the devastating (but unintentional) plagues that preceded the Pilgrim arrival. This onslaught of disease might have been the most important single occurrence in the history of America. Lastly, feel free to comment on how the depictions featured above in this traditional painting may have contributed to the Thanksgiving mythology. 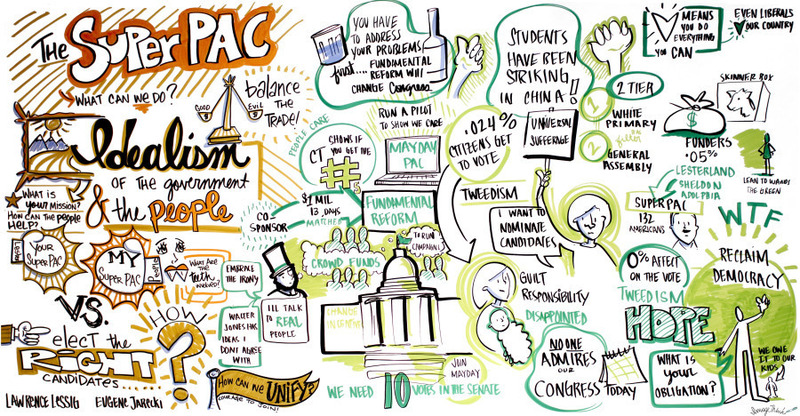 http://time.com/3529924/larry-lessig-reclaim-democracy/
Thanks so much to Kenny Kim for giving us this special treat: 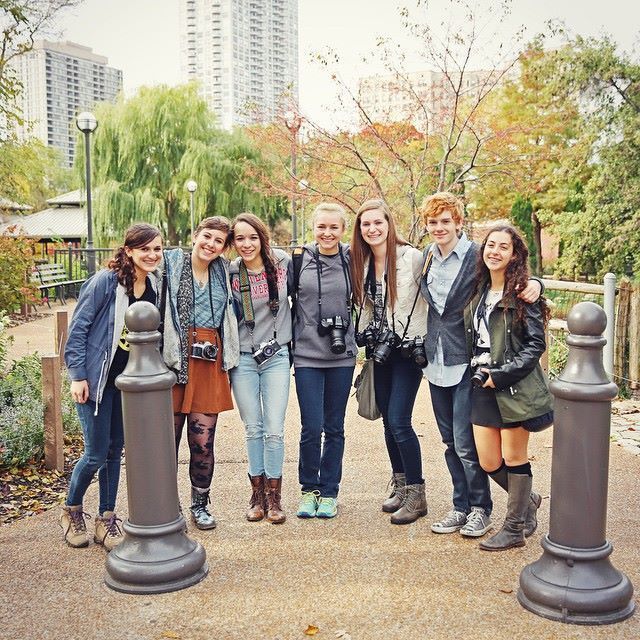 During my photoshoot at the @lincolnparkzoo yesterday, I ran into these group of suburb students on a photo tour assignment for their high school. It made me happy to see them enjoying their time together doing what they love. I wish I could have took some time to talk to them more if I wasn't working. I loved that most of them were using old school film cameras also. It was a short and random encounter but moments like this brighten my day. I hope some of them find this post and connect with me here.

Welcome to An American Studies (see Mr. O'Connor's post explaining the name). Hopefully, the above question is one you will be asking yourself (and attempting to answer) throughout the year and beyond this class. As you embark upon writing for a new medium, the blog, it is your task (among many others) to identify the "water" in which you live, be it the North Shore "bubble" or the United States at large. For example, look at the following photo:


Ask yourself how this photo is emblematic of America at the micro or macro level. Like many photos you view, it has been modified from the original snapshot, and could be said to represent a look through the photographer's "window of self-expression", to borrow a phrase from photographer Eikoh Hosoe. So, even though the camera cannot technically depict what isn't there, Hosoe would argue that the photographer can still show us, through this visual medium, "what lies unseen in his memory."

Please join us in our exploration of distinctly American themes and feel free to contribute your own photographs on the Instagram using our hashtag, #anamericanstudies. When you tag the photo, it will automatically appear in the sidebar on this blog. And don't forget to leave your own thoughts below in the comments section of this post regarding the photograph.

Our first feature of the day comes from @spirobolos, shared with #igerschicago, & chosen by… http://t.co/c8RMQ3cQ0V

After a somewhat provocative tag-team student post got quite a few American Studies students all "Reilled"-up and a little bit "Mad", I thought I'd recycle parts of this post I first wrote many years ago (check out the exact date -- talk about an artifact -- it's the month before the presidential election!). The question that today's blog post poses has been hotly debated in my own department and I am not surprised that a group of such thoughtful (and largely respectful to each other) students would take it up, on their own!

I had read an article from the Chronicle of Higher Education (the link is now broken, unfortunately) which references a recently published book, Closed Minds? Politics and Ideology in American Universities, written by three faculty members from George Mason University. If you read the students' post, part of the discussion focused on how appropriate it is when teachers reveal their political perspective**. Would that action have an inappropriate effect on their students? Would it amount to, as one student argued, being "indoctrinated"?

The book's authors state that based on their 2007 study, the majority of professors "say they keep their own politics out of the classroom". In fact, only a minority of college faculty (28%) admit that they openly reveal their political bias to their students.

But even if the above statistics are true, does it even matter if teachers conceal their political leanings? Another study, conducted by two professors from Pennsylvania State University may have the answer. In their research-based article, "I Think My Professor Is a Democrat", they published two related findings, based on student surveys:
Finally, the biggest question looming behind this particular discussion: if the great majority of college professors call themselves liberal, does this influence their students to become more left-leaning as well? The same researchers conducted another study which found that students started shifting slightly to the left under both Republican- and Democrat-voting professors -- not just under liberal-leaning teachers.

What do these studies mean for our class discussions (online and off)? What could be responsible for the shift to the political left? Perhaps, too, there is a difference between college-level classrooms and high school with regard to these findings?

**For students who want to hear "both sides" of every issue (assuming "both sides" are equally meritorious), my own philosophy has always been (quoted from Howard Zinn): "You can't be neutral on a moving train." I guess I'd rather be upfront with my views than play guessing games all school year-long.